Point of No Return - Video: Down to Nothing - National Geographic Magazine 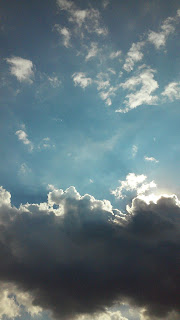 The best way to appreciate nature is to get outside and experience it.

Mountain climbers are up-close and personal with the environment on a grand scale. I've always been fascinated by mountain climbing--but way too chicken to actually do it.

Here's a short video of the story, "Point of No Return," written by Mark Jenkins, in this month's National Geographic.

Point of No Return - Video: Down to Nothing - National Geographic Magazine

These climbers (Emily Harrington, Hilaree O'Neill, videographer Renan Ozturk, writer Mark Jenkins and photographer Cory Richards) journeyed through 151 miles of Myanmar's rain forest jungle  to the base of what may be the highest mountain in Southeast Asia--Hkakabo Razi.

Since the only way to precisely measure a mountain's height is to be on top of it with a GPS, that was one of the goals of the expedition. (A Japanese climber, Takashi Ozaki, reached the summit in 1996, but did not measure the elevation).

During the jungle trek, Hilaree barely escaped being struck by a white-lipped pit viper, and the team was assaulted by leeches that would fall on them from wet branches or attach to their legs when they crossed streams.

And that was just the trip to base camp.

Climbing the mountain's unmapped face proved even more grueling than expected. And because there were not enough porters to carry all their supplies, they had minimal food and shelter.

In the end, the team found the summit blocked by razor-sharp pinnacles and had to descend. So the exact height of Hkakabo Razi remains a mystery.

But all of the climbers experienced view of the world that few others ever have or will.